The 'Chic-Chocs' range has the highest mountains in Quebec. Gaspesie National Park has two of the highest peaks in the region - Mt Jacques Cartier and Mt Albert. Both of these extend well over 1000m and have some really challenging hikes. The trails are physically hard but not technically risky - Believe me, it is pure hard work completing circuits on either of these. These trails are part of the International Apalachian trail (International counterpart of the American Apalachian trail)

Gaspesie National Park is ~750Kms from Montreal and would easily take about 10 hrs by Car and ~12hrs by public transit. As I cut loose on exploration, I have increasingly felt handicapped without a car - It has seriously limited my movement. Nevertheless, I have not missed those with Public transit access !!

I prepared an ambitious solo plan which involved ~1500Kms of bus travel, 17+kms of hiking and a short sleep at a small town near Gaspesie - All in less than 48hrs!! I have a better feel of my stamina (or lack of it!) these days, especially after this busy summer. I am also beginning to like solo hikes !

Here was the plan:

The entire itinerary hinged on two key public transits - Bus to Ste Anne Des Monts & Once a day shuttle to Gaspesie National Park. I had to re-hash the whole itinerary when i figured out that the shuttle runs only once a day !

I reach Ste Anne Des Monts on time and checked in at the hotel (Gite La P'tite Falaise) - the hospitality was amazing. It is a home converted into a hotel and it felt like family. Just that we had call an interpreter to converse !! My french is limited to basic greetings and their English was even more limited.. But, finally we figured out a unique way to interact - Google translate !!! I was treated like a guest in their family and it felt great. It was a great start to the trip...

The next morning, I was offered a nice, royal breakfast - This was going to be the biggest meal of the day. It was time to bid adieu - I have not felt bad leaving any other hotel ever in my life, but this one was special.

﻿
After finishing registration formalities, I was ready to start my hike. I had met a park official, while I was travelling to the park, who recommended me to do the entire circuit (~17Kms) instead of just doing the summit of Mt Albert (~10+Kms). My only worry was that i had to return on time for the 5PM shuttle - If i missed it, I would be stranded in the middle of the park without a camp site booking, tent and sleeping bag. That was a scary picture !!

But then, I decided to take that risk and started the full circuit.
﻿
There were some amazing views right from the beginning. This range is very similar, in terms of vegetation, to Trans Canada trail that I completed about two weeks back. Trans Canada trail lies to the west of St Lawrence river whereas these mountains are on the east.
As i was gaining elevation, there were some beautiful viewpoints all across the trail. Here are some of the pics: 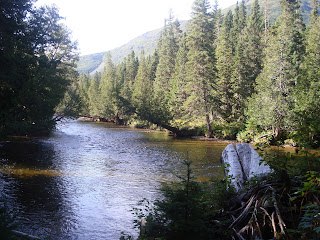 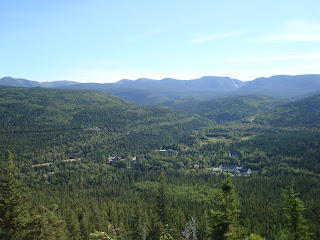 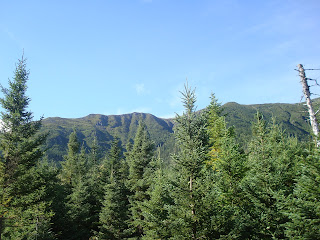 I met a 50+ hiker towards the latter half of the trail. He and his 80yr old father do this hike each year religiously and since his father had a medical checkup this year, he handed over the baton to his son. One quality of North Americans that amazes me is their commitment to fitness - This guy (50yr old son) has been hiking for a period that easily exceeds my age. One of the reasons that keep me going is people like him who inspire me each and every time i have hiked in North America. 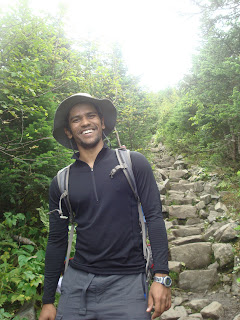 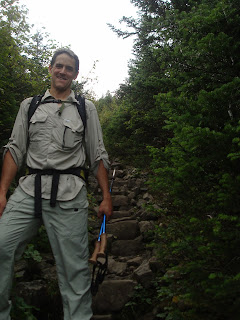 I admire his commitment
﻿
The view from summit was outstanding - you can see the entire range on a clear day. Luckily for me, it was not cloudy enough and i got to see the whole range of Chic chocs. 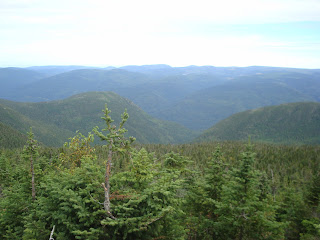 The view from Summit (1) 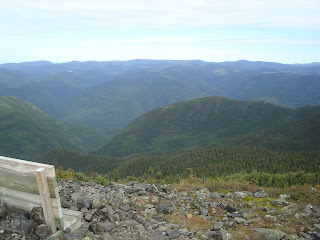 The view from Summit (2)

The summit is as flat as it can get.. Since this is a feeding ground of Caribou, they have placed a wooden platform all along the summit so as to not disturb the grass below. We are not supposed to get off the platform - this was respected by everybody. 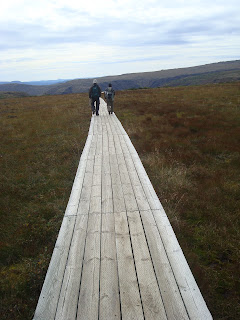 The return trail has a long patch of rocky stretch - takes a serious toll on your ankles. 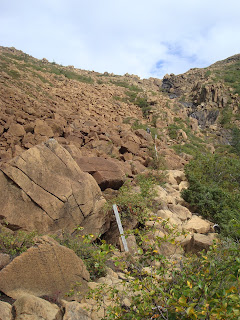 There is a beautiful river crossing (on a bridge) too. 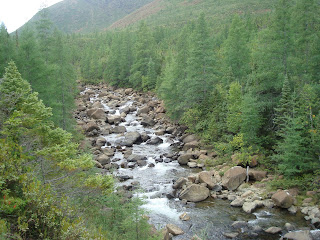 ﻿
﻿There is a nice lake too - Apparently, this looks really beautiful during winter... You will find its pictures in the visitors center. 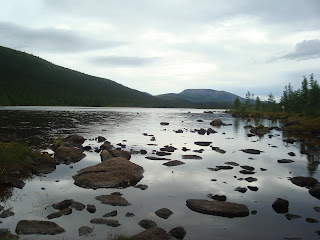 All in all, a beautiful hike which had challenges on all fronts - right from travel to communication to the actual hike itself.. Thoroughly enjoyed it.

As it turns out, this one was my last hike in North America. I would start hiking the tropical forests & peaks of South Asia as soon as i get settled down in Singapore.

Bye Bye North America !!
Posted by R Athmanathan at 7:09 PM No comments: Links to this post