Hiking the 'Trans Canada Trail' seems to have become an annual ritual... Also, this is the same one which i attempted earlier during the year but had to return empty handed because of not knowing French (Why you should know French !)


Last year, around the same time, Rias and I did a shorter hike on the same trail (2010 Trans Canada Trail Hike)

This time around, I decided to do it solo - this one being my first solo overnight hike. Last year we had hiked till Camp Gribane but i wanted to stretch myself this time around. So, I decided to go till Anse Aux Vaches (Google translates it to 'Handle the cows' !) which would be a 35km round trip from St Tite Des Caps.

This segment of Trans Canada trail is mostly through dense vegetation and offers some spectacular views of St Lawrence river. Although the elevation gain is not significant, the frequent uphill-downhill stretches makes it challenging.

The forecast predicted rains for the evening so I had to reach Anse Aux Vaches and setup tent before it starts pouring down. The hike between St Tite Des Caps and Camp Gribane (~10Km) is frequented by many day hikers. However, the stretch between Gribane and Anse Aux Vaches is totally deserted - There were spider webs across the trail, which clearly meant nobody has gone through that segment for quite some time.

I managed to complete the 17km strech in about 7hrs. Reached the campsite before six in the evening. All i had since morning was a muffin at Quebec bus station and nuts during the hike. I was looking up for a good dinner before I called it a day. Thats when my stove pump refused to work - after trying to fix it for an hour, i quit. I had no other option but to have a couple of bars and go to sleep.

Luckily for me, breakfast did not require boiling water. Else, it could have easily been one of the worst hikes ever ! I had a nice breakfast, which would possibly be the only meal before dinner. I had to start really early at 5AM to make sure i reach back on time for the 1 PM bus. I made good progress - also managed to stop at view points and still was back in time.

Apparently, there was more excitement left ! It is a first come first serve ticket issued on this route - so, if the bus is already full, you just have to wait for the next one. That is exactly what happened with me but i was in no mood to wait for 5 hrs for the next bus. So, i asked the driver if i could just stand in the aisle till Quebec - Thankfully, he agreed and I was tracking to plan again !

Unfortunately, i forgot to take a camera along - all i had with me was a primitive VGA camera on my cell phone, which also happens to be primitive !!. 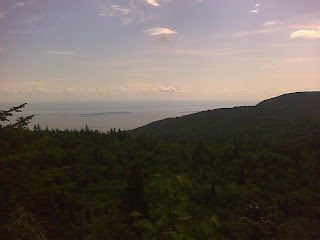 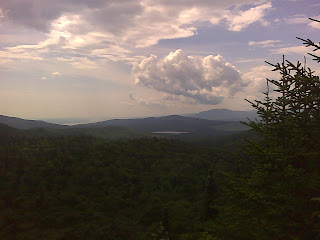 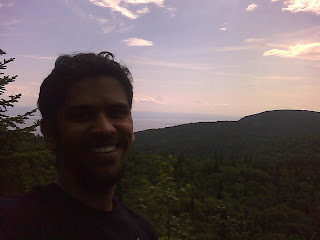 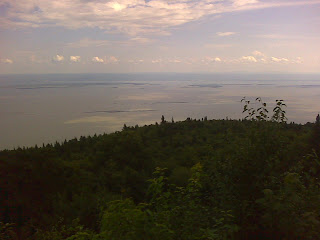 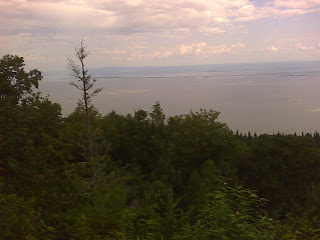 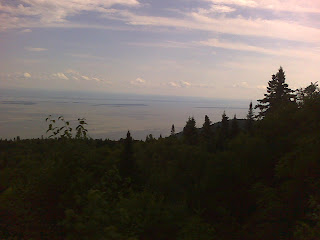 Posted by R Athmanathan at 10:23 PM No comments: Links to this post